The Pain of Unexpected death

Shock. Like an earthquake – sudden, unforeseen, disrupting stability, leaving people shaking even after the ground settles.

How could this have happened? This wasn't supposed to happen!

“No!” you want to scream, “How could this have happened?
This wasn’t supposed to happen!
Not to her!
Not to him!
Not to me!
Not to our family!”

Denial, and an urge to turn back time and somehow prevent the tragedy that has just blindsided you, are common and expected reactions to the unexpected death of a loved one. Loss in and of itself is difficult to experience, let alone accept; the suddenness of a loss compounds the painful emotions, leaving loved ones reeling even more.

Many life-changing events have ample warning, or time to anticipate the shift and begin thinking about what life will be like after the change takes place. Marriage, a new baby, a new job, a move – from the welcome and chosen changes to those that are not, we try to brace ourselves to face new challenges. Mental preparation allows us to process, at least in part, what is coming. What we are trying to accomplish in advance is the acceptance of our new reality. We appreciate the time it takes to realize that our daily existence is no longer going to feel familiar, but will be new and different. This novelty usually comes with trepidation over how we will react and cope. Picturing scenarios in our minds about how the newness will feel makes it less anxiety-inducing, because these mental images make the change feel more familiar and recognizable.

That is why unexpected traumas are all the more difficult to deal with: there is no mental “getting our feet wet” process in imagining how life might feel afterward. All of a sudden our reality changes without warning, and we feel lost, out of control, like we’ve suddenly been crushed. Coupled with the common grief emotions of sadness and anger, there is also often an overwhelming sense of fear of the future, which complicates our bereavement process.

The Trap of Trepidation

Fear of the unknown is one of the most powerful fears

Fear is also closely connected to another painful feeling that often accompanies unexpected death: guilt. Constant, detailed mental replay can quickly lead to intense guilt over what mistakes were made that seemed to cause the loss. Many people in this situation engage in self-punishment, as they berate themselves for their actions before the death, while trying to imagine a different outcome.

How Jewish Faith Can Help Heal

A simple yet crucial tenet of Judaism is that God not only created the world, but actively directs the world at all times. Consequently, we are not in control of as much as we think; and while this is frightening, it is also liberating. It means that we cannot torture ourselves by thinking, “If I had done X, he would have lived.” God orchestrates many factors that lead to a destined outcome, and we play but one part in the larger plan that He determines. Of course we are not puppets, and clearly have minds of our own and the freedom to act how we choose, which then produces real consequences for the direction of our lives. However, the true power to control outcomes ultimately lies with God.

We are not in control of as much as we think; and while this is frightening, it is also liberating

When we remind ourselves that God directs the world, we also recognize that He created it with indescribable complexity and intricacy. Especially after an unforeseen tragedy, taking precautions in the future to prevent further trouble is healthy and sensible. Yet the extent to which we control life is often over-exaggerated because we fail to account for the countless aspects of a particular situation. For example, the manifestations of disease are determined not only by genetics, but by diet, stress, overall health, medical care, social support, and much more. When a person makes “if only” statements, such as “If only I had gotten him treatment sooner, he wouldn’t have died” or “ If only I had offered to drive her home, she wouldn’t have gotten into that car accident”, we falsely point to one factor, inflating that factor with more power than any other. Without the actual proof, we often designate those details as the absolute reason for the traumatic conclusion. But what about other people who receive early diagnoses and still pass away from the same illness? What about all the other cars on the road that did not get into accidents, and all the other people driving themselves home? Sometimes we pronounce ourselves guilty using evidence that would stand no chance under the scrutiny of logic and perspective. By ascribing an overblown level of control to ourselves, and the one or few factors related to us, we unfairly punish ourselves for being at fault. In reality, the world is highly complex, and much of the situation was out of our hands.

What Our Jewish Sources Say

After Job and his wife suffered the loss of their children as well as tremendous material losses, Job found himself afflicted with a painful skin condition all over his body. His wife said to Job, “Why are you still steadfast in your piousness? Curse God and die!”. In other words, “Enough! Get it over with!” Job responded that she was speaking like a degenerate. Both were very holy people; so what was really going on in this exchange? Perhaps the difference between their perspectives was that she was focused on the pain, and he was focused on finding meaning in the pain. Finding meaning in the loss does not minimize the loss. It does quite the opposite – it means that you have incorporated the loss into your very being and allowed it to make you stronger.

Finding someone or something to blame, or even blaming the deceased themselves, is a common response to unexpected loss, but it also comes from needing to exert control in what feels like a world spinning out of control. We want our predictability back; we want to be able to say, “This shouldn’t happen if we do X and Y”. The reality is that while we live in a world where many actions have foreseeable outcomes, and we should plan accordingly, that does not mean we have absolute control or that pieces we do control compose the entire puzzle. Do we think that we are that much in control that this tragedy really would have been avoided if we had changed that one detail, when the tragedy was the result of an unfathomable number of details?

In order to come to accept the tragedy, many people look for meaning in the loss itself. This has the potential to be therapeutic, when the mourners are able to see some opportunity for growth or special lessons for life in the loss of their loved one. However, when the loss seems senseless, or simply when meaning in the loss is hard to find in the maelstrom of sadness, Judaism teaches us to look for the meaning in the life of the departed person. Because every person was specifically created by God to exist in this world, no matter at what time or for how long, every person’s life has significance. While we cannot control or even understand all of the workings of this world, this much is clear to us: no tragic end, however unexpected, can take away from the impact of a person’s relationships and imprint on the world, which are timeless and everlasting.

Rabbi Jay Lyons has extensive experience in Jewish afterlife care. As an expert in the laws and traditions of tahara, he provides training to chevros kadisha, Jewish burial societies, throughout the country. Rabbi Lyons is the director of the South Florida Jewish Cemetery, a non-profit certified green cemetery. Dr. Jordanna Lyons, Psy.D. is a licensed clinical psychologist. Dr. Lyons received her undergraduate degree from Harvard University and her doctorate from the Ferkauf Graduate School of Psychology of Yeshiva University. A dynamic husband-and-wife team, the Lyonses live with their children in Boca Raton, Florida where they serve the community bringing support framed by Jewish wisdom to grieving families.

Did you appreciate this?

Explore more answers to the questions you never voiced 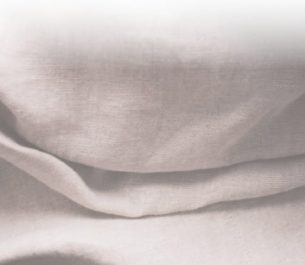 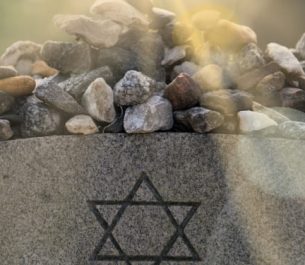 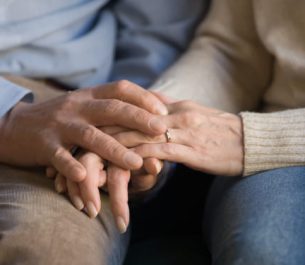 Would you like us to notify you of
new workshops, shareable resources and volunteer opportunities?

No more than 1-2 emails per month. And we’re too kind to ever consider spamming you.

Are you a Kindred Spirit?

Intrigued by what you see here? We’d be happy to notify you of new workshops, shareable resources, and volunteer opportunities.

Don’t worry, we send no more than 1-2 emails per month

Here are some of the things we can do for you:

Of course, if you have a different question or concern, we will always do our best to guide.